In addition to the ground-breaking reforms relating to the variation of trusts, reserved powers and the ‘firewall’ provisions in the Trustee Act, each of which are covered elsewhere, the BVI legislature has made a number of other amendments to the Trustee Act. These came into force on 9 July 2021.

Re-introduction of old rule in Hastings-Bass

A new section, section 59A, has been added to the Trustee Act to give the court jurisdiction to set aside the flawed exercise of a fiduciary power, thereby giving statutory effect to what is colloquially known as the ‘old rule in Hastings-Bass’.

Such an amendment is in line with recent changes to the laws of some of our competitors, such as Jersey, the Cayman Islands and Bermuda, but, unlike the view which appears to have been taken elsewhere, it was considered inadvisable to make any changes to the court’s jurisdiction under the doctrine of mistake on the basis this was felt to be appropriate.

Background: The Pitt and Futter cases

The background to these reforms in the BVI and elsewhere is essentially that, as a result of the English Supreme Court decisions in Pitt v Holt and Futter v Futter, it was no longer possible for a trustee to make an application to the court (in a jurisdiction in which the relevant principles of English law apply) to set aside the exercise by it of a power in circumstances in which the trustee had relied on professional advice which later proved to be incorrect.  Prior to that trustees found it of assistance to be able to make an application to set aside the exercise by it of a discretionary power in circumstances in which they were relying on advice, such as tax advice, which later proved to be incorrect.  Following the Pitt and Futter decisions, it had only been possible for such an application to succeed if the trustee had acted in breach of fiduciary duty or breach of trust – and that will seldom be the case if professional advice has been taken and where care has been taken in the selection of the adviser; the trustee will not be in breach of trust or duty simply as a consequence of the professional advice subsequently proving to be incorrect.

New section 59A of the Trustee Act

Section 59A of the Trustee Act has therefore put back the clock in the BVI so that the position under English law which was generally regarded as being applicable before the English Supreme Court decisions in Pitt and Futter for the most part will apply once again the BVI. There is now certainty whereas, even prior to the Pitt and Futter decisions, the previous ambit of what is generally referred to as the ‘old rule in Hastings-Bass’ was by no means certain.

If and to the extent that the court sets aside the exercise of the power under section 59A, its exercise is treated as never having occurred.  Subsection (4) makes it clear that no allegation of breach of trust or duty on anyone’s part need be made or substantiated.

Subsection (5) identifies who may make an application to set aside the exercise of the power.  Such persons include the power holder, the trustee, a beneficiary (or a discretionary object of a trust or power conferred by the trust), the Attorney General (in the case of the charitable trusts), the enforcer (in the case of non-charitable purpose trusts) and anyone granted leave to apply by the court.

Subsection (10) makes it clear that the new section does not limit the court’s jurisdiction under doctrine of mistake.  In Pitt and Futter the Supreme Court made it clear that there must be a causative mistake of fact or law, which is integral to the very nature of the transaction, and which has grave ramifications, in order for the transaction to be set aside.  The court must evaluate the facts, looking for the most basic type of mistake, one in which it would be unconscionable for the court not to intervene.

The new section 59A of the Trustee Act provides much needed certainty and is expected to be of considerable potential use for trustees, beneficiaries and professional advisers who now have the comfort of knowing that if a power is exercised which turns out to have adverse consequences then an application may be made to the court to set it aside.  Such a remedy is generally considered preferable to beneficiaries having to rely upon claims for breach of trust or fiduciary duty against trustees or on claims of negligence against advisers: such claims can be time-consuming and expensive.

Trustees’ and power holders’ errors are now capable of being rectified simply and cost effectively without the risk that the trustee-relationship be forever damaged.

The Trustee (Amendment) Act, 1993 exempted most BVI trust deeds, and supplementary trust deeds, from registration under the provisions of the Registration and Records Act, but it has never been entirely clear whether this exemption only applied when the relevant trust was governed by BVI law. This issue was of relevance because the deeds in question are occasionally retained in the BVI when the relevant trusts are not actually governed by BVI law. (e.g. where there are BVI companies involved in the relevant structures).

The exemption has now been clearly extended to foreign trusts (to the extent that these are not already covered).

The Trustee (Amendment) Act, 2015 inserted a new section (2A) into the original Trustee Act: this required trustees to maintain in the BVI underlying documentation relating to trusts for at least five years.  A number of concerns had been raised about the precise ambit of that section and so section 2A is now to be repealed and a comprehensive new section (92A) will take its place making it clear what records must be kept in the BVI and by whom. The sanction for non-compliance is a fine of up to $5,000 or a term of imprisonment of up to six months.

The obligations are imposed on the trustees of trusts (other than implied, constructive and bare trusts), whether or not the trusts are governed by BVI law, if such trustees are BVI companies or are individuals, resident in the BVI (or satisfy other criteria such as administering trusts in or from within the BVI).

With the objective of making BVI trusts significantly more attractive in the commercial context, a new Part X was added to the Trustee Act by the Trustee (Amendment) Act, 2003 which came into force on 1 March 2004.   The provisions in question were based on proposals which had been made by the prestigious English Trust Law Committee, but with a number of modifications, and make BVI trusts potentially hugely desirable in the commercial context. They do this by addressing problems arising from the limitations on the right of subrogation as a matter of English trust law (and pursuant to the laws of those other jurisdictions in which the relevant principles of English law apply).

As a result of sections 95 and 96 of the Trustee Act,  which came into force in March 2004, banks and other third parties dealing with trustees have been able to have recourse to the trust fund (and other protection) where, when entering into transactions, they have made reasonable enquiry that the trustee has the express power to enter into such transactions and has complied with any express requirements (such as requirements for consent) contained in the trust instrument.  Because of a drafting oversight, however, section 95 of the Trustee Act omitted to specify that its protection would not apply if the third party had acted dishonestly when entering into the relevant transaction.  This error has now been corrected.

Additional flexibility is also now been provided in that trustees of pre-1 March 2004 trusts are now capable of taking advantage of the BVI’s state-of-art statutory provisions facilitating dealings with third parties if they elect to do so. In making such an election they will naturally be constrained by their fiduciary duties and will not, say, be able to exercise such a power if such exercise were detrimental to the interests of the trust’s beneficiaries.

Although several of the BVI’s competitors have introduced legislation (of a fairly rudimentary nature) facilitating dealings with third parties, it cannot be gainsaid that, since 2004, the BVI has had, by far, the most sophisticated legislative offering in this area.

Part IV of the Trustee Act, the Territory’s statutory regime relating to the replacement of trustees, was overhauled in 1993 to remove outdated requirements based on England’s Trustee Act 1925 to the effect that there had to be two individuals or a trust corporation in office in order to give a valid discharge to an outgoing trustee.  These reforms made it a lot easier for licensed BVI trustees act as sole trustees of BVI trusts and by no means all but the vast majority of BVI trusts have as their trustees a licensed BVI trust company acting as sole trustee.

An argument had been raised to the effect that section 40 of the Act (which provides for the retirement of a trustee without a new appointment) only applied if more than one co-trustee remained in office following the retirement of one of the trustees in circumstances in which it was not being replaced.  Although it was thought this argument would probably not have succeeded, section 40 has been amended to make it absolutely clear that there need only be one continuing trustee in office following the co-trustee’s retirement.

The above amendments were made following detailed recommendations from the Trust and Succession Law Review Committee of the BVI Branch of the Society of Trust and Estate Practitioners (STEP).  The Committee is chaired by O’Neal Webster Partner Chris McKenzie and was formerly chaired by O’Neal Webster Managing Partner Vanessa King who still serves on the Committee. Vanessa is also chair of the BVI Branch of STEP and was recently elected as chair of STEP’s Caribbean and Latin America Region.

If you would like any further information about these reforms, please contact Chris McKenzie or your O’Neal Webster adviser. 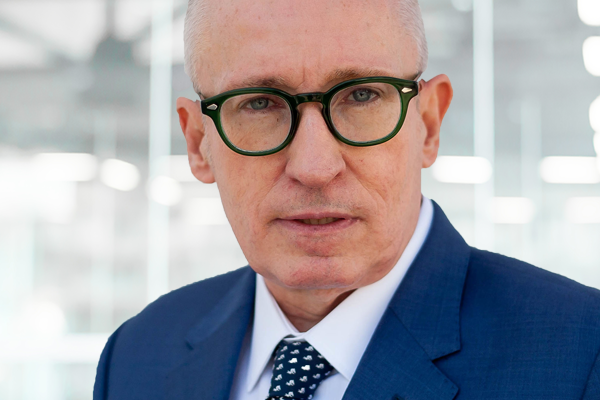