International financial records recently stolen from two offshore services firms and 19 corporate registries maintained by governments were leaked to journalists and their details subsequently published around the world. But beyond the hype, however, we find no intelligent inferences of legal significance in the reporting. For example, the media draws attention to a United States Cabinet member’s offshore financial transactions but does not allege that his shipping stake was illegal. Nor does it allege his foreign-registered holding company was illegal or that he failed in any disclosure duty.

In fact, this example is exactly the type of highly regulated legal structure that top offshore financial centers such as the British Virgin Islands have provided for businesses and individuals for the past 40 years, and for good reasons.

Beginning in the 1970s, individuals found a refuge in offshore jurisdictions to protect their money from corrupt and predatory governments in unstable countries. Banks started to use offshore jurisdictions as a legal means to avoid fluctuations in currency rates. Likewise, multinational businesses accessed offshore vehicles as a more efficient way to secure global investors and fund growing global enterprises.

Members of wealthy families living in different parts of the world frequently use offshore trusts to help them manage family assets more efficiently by reducing the complexity of dealing with various national legislation in matters of inheritance, probate, and more. Prominent individuals in particularly dangerous countries successfully use offshore companies to secure their assets and avoid being targeted by kidnappers. Owners of yachts and real estate avoid time-consuming bureaucracy when selling a boat or a villa if it is owned by an offshore company because they can directly sell the entire company.

Moreover, offshore investing provides a wide range of strategies for both businesses and individuals to capitalize on advantages offered outside of an investor’s home country.

In addition to jobs, the report also shows that tax generated from BVI companies nets a substantial benefit to governments. The data finds that over $15 billion in tax revenues are produced annually for governments around the world through investment mediated by the BVI and resulting economic activity. The most significant beneficiaries of the tax revenues are the UK ($3.9 billion), the EU excluding UK ($4.2 billion), and China and Hong Kong ($2.1 billion).

With approximately 417,000 active BVI business companies in place, BVI legal structures allow institutions and individuals to safely, efficiently and legally carry out their business and investments across international borders while providing tax revenues to governments.

Unfortunately, there will always be unscrupulous actors and criminals who attempt to misuse offshore entities. This indisputable reality makes inter-governmental initiatives and international agreements critical to the success of companies and individuals transacting in the BVI. For the continued success of the BVI financial services industry as a whole, it is imperative.

Setting the highest standards of transparency and regulatory compliance, the BVI is one of the world’s leading financial centers for international business. Its reputation is grounded in its robust, modern, yet flexible regulatory framework, and active development and enhancement of legislation, which provides an environment conducive to conducting financial services business. The BVI has an independent legal and judicial system based on English Common Law, with a right of final appeal to the Privy Council in London, and is a signatory to all major international agreements relating to cooperation, information exchange, and anti-money laundering regulation.

The BVI is widely acknowledged for having entered into an inter-governmental tax agreement with the UK and U.S. with respect to FATCA, has joined the Organization for Economic Co-operation and Development (OECD) Multilateral Convention on Mutual Assistance on Tax and Administrative Matters, and is on the OECD White List. It is a committed participant of the G-5 Pilot for automatic exchange of information and is compliant with the recommendations of the Financial Action Task Force on anti-money laundering and anti-terrorism terrorist financing. The BVI is a member of the Caribbean Financial Action Task Force and the EGMONT Group, a united body of 156 Financial Intelligence Units, sharing intelligence with other governments on financial crimes, and is also a full member of the International Organization of Securities Commission. In 2016, the BVI was among the first jurisdictions to adopt into legislation the Common Reporting Standards, a new global standard endorsed by the OECD, G20 countries, and others, for the exchange of account information between tax authorities in various jurisdictions and “reporting financial institutions.”

BVI for cross-border trade and investment

Industry expansion, technology advancement, improvements in transportation, and the growth of multinational corporations significantly impact the cross-border exchange of capital, goods, and services. For companies trading and investing across borders, meaningful consideration must be given to the efficiency of the corporate structure, especially where investors, employees, and end users of products come from various parts of the world.

Logically, companies that trade internationally prefer jurisdictions that possess legal stability and international credibility. Essential to such domains is the establishment and maintenance of a reliable company law structure that provides financially sound and efficient legal structuring for the benefit of the entity as a whole. The ideal jurisdiction for international trade will also possess adequate rules of protection, yet allow enough flexibility to encourage creative thinking and quick decision-making.

Along with the general complexity of international trade transactions, more entities, including some of the world’s largest and most sophisticated multinational corporations, are looking to the BVI to provide such benefits and complement their overall corporate structure. Indeed, employing an offshore structure will not be the right fit for every situation. However, where persons and corporations come to offshore business and finance centers with clean hands and a legitimate purpose, the advantages often outweigh any disadvantage.

Contrary to what some speculate, well-established offshore financial centers such as the BVI do serve a useful economic purpose. The BVI offers a stable jurisdiction that adds to the global wealth and well-being of many. Other than an attempt to sensationalize certain offshore transactions of well-known individuals, there appears to be little legal substance or purpose to the most recent theft of documents and subsequent media exposure.

Like all professional organizations in the BVI, O’Neal Webster attorneys and staff are committed to the high standards set by our regulators and woven into our international agreements.

We welcome your inquiries.

Kerry Anderson, O’Neal Webster managing partner and head of the firm’s Investment Funds & Regulatory Department, advises domestic and international clients in complex, multijurisdictional corporate, commercial, regulatory, and investment matters. He has a wealth of experience in preparing the initial structuring of investment vehicles and amendments and provides continuous support with timely and practical legal advice throughout their operation. Key clients are U.S. and EU-based fund managers, closed-ended funds, open-ended funds, public funds, and segregated portfolio company funds, as well as law firms and other professionals. He also advises clients on joint venture deals and acquisitions, including those of international private and public corporations in various industries, with particular experience in food, technology, retail, and shipping. Admitted to the Bar of Trinidad and Tobago and to the Bar of the Eastern Caribbean Supreme Court (BVI), Mr. Anderson is a graduate of the University of the West Indies and the Hugh Wooding Law School. Reach him at kanderson@onealwebster.com. 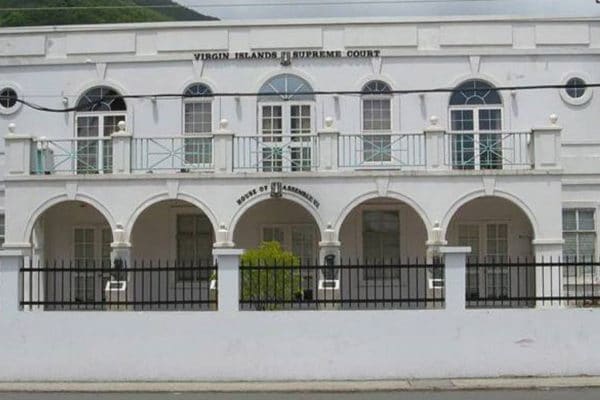