O’Neal Webster is pleased to confirm that the British Virgin Islands Government has introduced some cutting-edge reforms in relation to the ability of the court to vary BVI trusts without the consent of beneficiaries. The new provisions, which came into force on 9 July 2021, will apply if the settlor or trustees ‘opt in’ to the new statutory provision, whether on establishing a new trust or on changing the governing law of an existing trust to BVI law.

This amendment was made by the Trustee (Amendment) Act, 2021 which adds a new section, 58B, to the BVI’s Trustee Act. It is being made at the recommendation of the Trust and Succession Law Review Committee of the BVI Branch of the Society of Trust and Estate Practitioners (STEP).

Prior to the recent reforms, the Trustee Act included two provisions enabling the court to vary trusts: sections 58 and 59 of the Trustee Act.  Under section 58, which was initially modelled on the English Variation of Trusts Act 1958, but reformed in 2004 to include a number of improvements, the court can approve arrangements on behalf of various categories of persons who are unable themselves to provide such approval, such as minors and unborn and unascertained persons. The arrangements which the court can approve include those which change the trust’s dispositive provisions. It may only approve an arrangement if it is not detrimental to the interests of those on whose behalf it is approving it and it cannot provide approval on behalf of adult beneficiaries who themselves have capacity to approve such arrangements.  Under section 59, on the other hand, the court has the power to authorise transactions by trustees which would otherwise be impermissible where this is expedient in the management or administration of the trust. The section 59 power does not however enable the court to alter the beneficial provisions of the trust, whereas the approval or consent of adult beneficiaries who have capacity is not required for an application under section 59 to succeed.

Of course, most BVI trusts are discretionary trusts which include either very wide overriding powers of appointment and/or powers of amendment which can effectively be exercised to vary trusts without beneficiaries’ consent,[1] but some BVI trusts, especially those with north American settlors, do not include such powers.

Prior to the recent reforms, there was no provision in BVI legislation which allowed the interests of adult beneficiaries of full capacity to be changed by the court without their consent.

It was thought that this gap might usefully be filled in order to cater for situations in which adult beneficiaries of full capacity are unable to provide their consent, e.g. since providing it might adversely affect their tax situation, or in which beneficiaries with very remote interests block variations which are clearly beneficial to all those who are regarded as the trust’s principal beneficiaries.

In making these changes, the provisions of Bermuda’s equivalent to section 59 of the BVI’s Trustee Act, (i.e. section 47 of its Trustee Act 1975) were considered. Bermuda’s section 47 (‘the Bermuda section’) has, over the past few years, received a certain amount of international attention, because it is framed differently from the BVI’s section 59 (which replicates the provisions of section 57 of the English Trustee Act 1925) in that it takes as its model section 64 of the English Settled Land Act 1925, i.e. in addition to taking it from section 57 of the English Act. [2]

The current judicial interpretation on the Bermuda section was also considered for the purposes of formulating the new variation provision in the BVI’s Trustee Act, but given that it is understood that a certain amount of uncertainty still exists in relation to the manner in which the Bermuda section should correctly be interpreted, particularly in the context that the language in the section may not have been specifically drawn up to cater for changes to a trust’s beneficial provisions, and since it was thought that numerous improvements could be made to address potential problems arising from its terms, the wording of the Bermuda section was not followed.  The decision was instead taken to craft a new section which is specifically designed, amongst other things, to enable the beneficial provisions of relevant trusts to be varied, subject to including essential further safeguards (such as the requirement to ‘opt’ in to the section) in the new statutory provision.

New section 58B of the BVI’s Trustee Act

The wording of the new section is set out in the Appendix.

Where section 58B applies to a trust, the BVI court will be able to change any of its terms, including its dispositive terms, but only if ‘the making of the order is determined by the Court to be expedient in the circumstances then existing, whether or not the terms of the order may adversely affect any person or purpose’. The provisions of the section are therefore potentially very wide.

Important safeguards will, however, be included in the section to ensure that it is not abused. The relevant safeguards may be summarised as follows:

Who may apply to the court

The new section will enable applications to be made by trustees, beneficiaries and objects of discretionary trusts or powers. Any protectors, protective committees or other persons authorised to do so by the trust instrument may also make such an application.

In addition to adding useful flexibility to BVI trust law, this innovative new statutory provision should be very attractive to those who are thinking of establishing trusts, or who have already established trusts in other jurisdictions, where disadvantageous tax consequences would or might follow from requiring certain beneficiaries to consent to variations as a result of changed circumstances (including tax changes); in the case of trusts already set up under non-BVI law it may be that it will sometimes be appropriate to change the trust’s governing law to BVI law and then make a court application under section 58B. The new statutory provision may also be useful in circumstances in which beneficiaries with only very remote interests block variations.

As is mentioned above, these amendments were made following detailed recommendations from the Trust and Succession Law Review Committee of the BVI Branch of the Society of Trust and Estate Practitioners (STEP).  The Committee is chaired by O’Neal Webster Partner Chris McKenzie and was formerly chaired by O’Neal Webster Managing Partner Vanessa King who still serves on the Committee.  Vanessa is also chair of the BVI Branch of STEP and was recently elected as chair of STEP’s Caribbean and Latin America Region.

(Section 58B of the Trustee Act)

58B. (1)  This section applies to the following trusts governed by Virgin Islands law –

and the amendment may be made either pursuant to a power conferred by the trust or, whether or not there is any such power, by the power holder.

(3)   Where this section applies to any trusts, the Court may upon application, if it thinks fit and the condition specified in subsection (4) is satisfied, by order –

(4)   The condition referred to in subsection (3) is that the making of the order is determined by the Court to be expedient in the circumstances then existing, whether or not the terms of the order may adversely affect any person or purpose.

(5)   In making a determination under subsection (4), the Court shall have regard to the factors outlined in the following paragraphs in so far as the Court considers them material to the particular case and to be within the Court’s knowledge –

(b)              any person, office holder or body, including (but not limited to) a protector or protective committee, authorised to apply by the trust instrument; or

(c)              any person beneficially interested under the trust, including any object of a discretionary trust or power of any nature.

(8)   No order shall be made under this section which affects an interest that, apart from this section, has vested absolutely and indefeasibly in possession, and the reference to ‘interest’ shall be construed to exclude an interest in income which at the time of the order has not yet arisen.

(9)   Nothing in subsections (1) to (8) shall apply to trusts affecting property settled by any other law of the Virgin Islands.

(10)  Nothing in this section shall be taken to limit the powers conferred by section 58 or 59, or by section 6 of the Eastern Caribbean Supreme Court (Virgin Islands) Act.

(11)  A reference in this section to a trust instrument relates to any document, including an instrument referred to in subsection (1) (b) (i) and (ii), that evidences and records the current terms of the trust in question.” 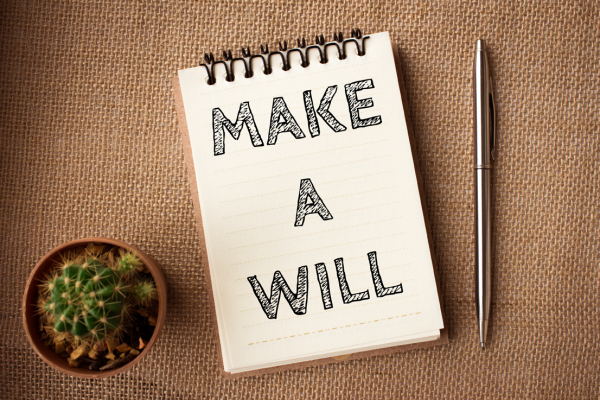 Making a Will Won’t Kill You﻿