Corporate Law Evolution at its Best

The renowned BVI Business Companies Act which came into effect 2005 and modernised the BVI corporate law regime promulgated under the earlier International Business Companies Act of 1984, has been further enhanced through amendments under the BVI Business Companies (Amendment) Acts, 2015 and 2016 (collectively, the Amendment Act). The Amendment Act was derived from consultations between the BVI Financial Services Commission and private sector firms including O’Neal Webster. Most of the amendments under Amendment Act took effect on January 15, 2016 except provisions relating the registration of information in relation to directors, which will take effect on April 1, 2016.

The Amendment Act has introduced some new concepts and in some cases has sought to clarify certain aspects of the existing legislation while providing greater flexibility in other areas. The key amendments made by the Amendment Act are discussed briefly below:

The Amendment Act expressly provides for the recognition of share transfers on recognised stock exchanges and provides greater flexibility in regulating the form and contents of the share register of such entities.

Specifically, the Amendment Act provides that where a company is listed on a recognised exchange, the company may keep a register of members containing the required information or such other information as the company’s articles permit or as may be approved by a resolution of members.

Additionally, it provides that where registered shares are listed on a recognised exchange, the registered shares may be transferred without the need for a written instrument of transfer if the transfer is carried out in accordance with the laws, rules, procedures and other requirements applicable to shares registered on the recognised exchange and subject to the company’s memorandum and articles and the Listed Companies and Funds Regulations (which are expect to be released shortly).

(a)  where the complete instrument is executed; or

The last paragraph in particular provides clarity on the usual practice of affixing signature pages to agreed documents which typically occurs in large cross border transactions.

Arbitration for disputes arising under Articles

Subject to the memorandum and articles of a company, a bonus share issued by a company shall be deemed to have been fully paid for on issue.

The Amendment Act provides an express power for the BVI Courts to order a shareholders’ meeting to be held, where shareholders requisition a meeting but the directors fail to convene it.

The Amendment Act now provides an express requirement for registered agents to follow any instructions contained in a board resolution.

It specifically provides that subject to the memorandum and articles of a company, a registered agent may act on the instructions of the directors of the company if those instructions are contained in a resolution passed by the directors and a copy of the resolution is made available to the registered agent. This particular amendment should improve the response time and certainty when dealing with Registered Agents.

The Amendment Act provides a new requirement for the filing of a copy of the company’s register of directors with the Registrar of Corporate Affairs. The filing is not public and therefore cannot be obtained from a company search but is held by the Registrar. Existing companies will have until March 31, 2017 to comply with this requirement.

Specifically, the Amendment Act provides that a copy of a company’s register of directors filed (including any changes to the register) shall be maintained by the Registrar and shall not, subject to certain contractual exceptions, be made available to any person except on an order of the Court, or on a written request by a competent authority:

(i)  acting in the exercise of its powers as a regulator of financial services business, tax administrator or law enforcement agency; or

(ii)  for the purposes of dealing with a matter for which it has authority under an enactment, including pursuant to its obligations to a mutual legal assistance request received or made or to be made by it.

Continuations out of the BVI

The Amendment Act provides new requirements with respect to the notification of and consent of secured creditors of a company continuing out of the BVI.

It is generally believed that these amendments will complement the existing regime and strengthen the overall BVI corporate law product. The filing of director information with the Registry is significant but the fact that the information will not be public continues to ensure that directorship details are only accessed in appropriate cases. The refinement of the legislation as it relates to transfer of shares in listed companies and the issue of bonus shares are welcomed. Overall, these changes represent an enhancement of the already highly successful BVI Business Companies Act. 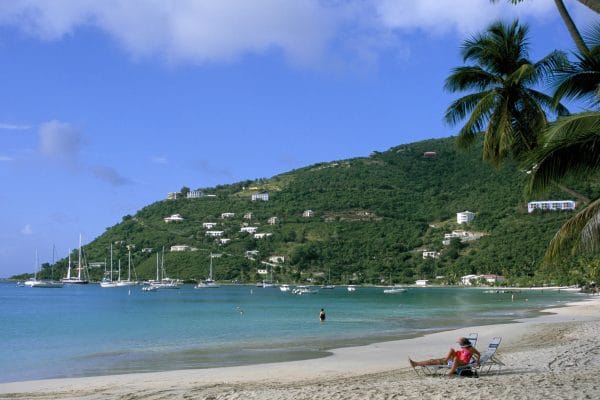