O’Neal Webster jointly celebrated the opening of its London office and the firm’s 25 anniversary with a launch reception at BVI House, London on the evening of Thursday 23 January 2014.  Over 65 industry professionals, including lawyers, barristers and financial services representatives joined O’Neal Webster partners, Paul Webster, Q.C., Kerry Anderson and Christopher McKenzie, and the Head of the BVI’s Financial Services Business Development Committee, Mrs Lorna Smith, OBE, for the occasion.

The firm’s London office, situated in Southampton Row, opened its doors back in May 2013.  Partner, Christopher McKenzie, who heads the office and the firm’s trusts and estates department,  expressed in his speech his esteem for his colleagues…’For my own part I am absolutely thrilled to have joined O’Neal Webster at this exciting time in the firm’s development.  Having spent many years in the BVI, I have had the enormous privilege of getting to know the firm’s partners and lawyers well: I have a great deal of respect for all of them…O’Neal Webster is one of the BVI’s oldest and most distinguished law firms – which also benefits from an excellent international reputation – and its lawyers have an unparalleled amount of in-depth knowledge of the BVI’s laws, its culture, and its history.

In her speech, Lorna Smith reflected on the history of the firm over the 25th years and their contribution to the jurisdiction, referring to O’Neal Webster as ‘…the truly global BVI law firm’ and noted that ‘…as O’Neal Webster joins the London community it brings strength, depth, knowledge and experience.’ 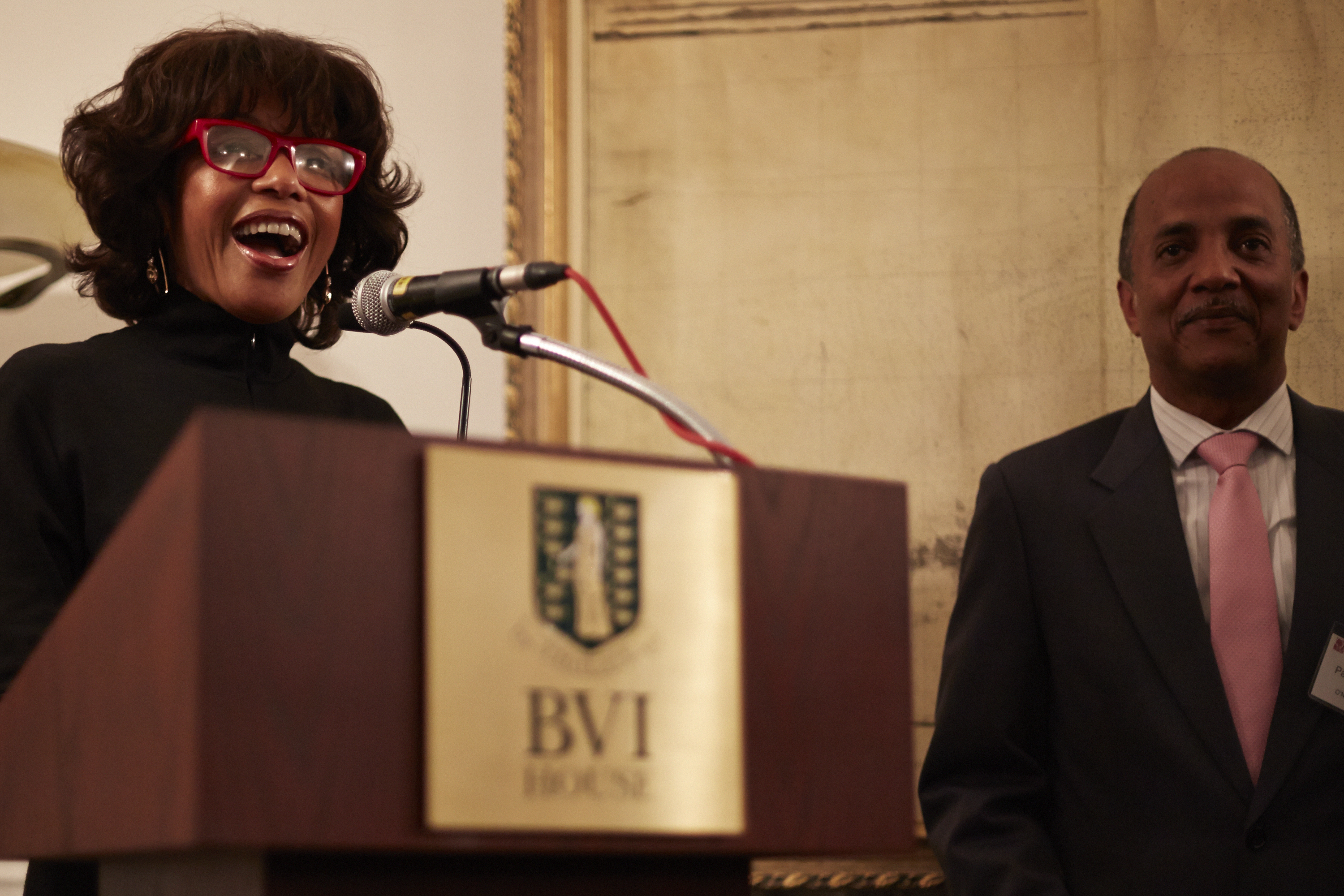 Managing Partner, Mr. Kerry Anderson, was pleased with the turnout. ‘It is always a pleasure to meet with our clients and we were very happy to be able to spend some time in a social setting with them.  BVI House was an excellent venue and their staff were extremely helpful. We were also very privileged to have Mrs. Lorna Smith deliver remarks which she did in her own inimitable style and which were very well received by our guests. I am very pleased we were able to mark the opening of our London office and our 25th anniversary in such a successful way.’

The evening was the first event held to commemorate the firm’s 25th anniversary. The firm will continue to celebrate this great milestone with clients locally and contacts throughout the coming year.